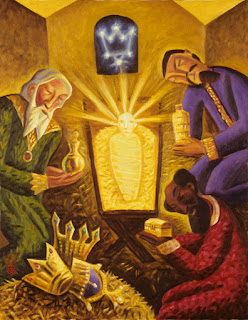 It is an unfortunate coincidence that the insurrection at the US Capitol happened on January 6th, the day of Epiphany in the church calendar. This is the day when the church celebrates the arrival of the Magi by the leading of a star. These unnumbered and ungendered Persian astrologers came to the home of Mary and Joseph to visit the child Jesus and bring him gifts and blessings. It is a long-held tradition in the church to bless homes on January 6th and to write in chalk above the door a symbol of blessing for the coming year: 20 + CMB + 22. 20 and 22 make up the current year. CMB is an acronym for the Latin Christe mansionem benedicat. Some traditions hold that the letters stand for the legendary names of the Magi (Caspar, Melchior, and Balthasar).

But now January 6th has the connotation not of house blessing but of house destruction. While many see this date as a tragedy in the history of the United States, others see it as a day to celebrate their use of violence and power. I do not believe we can allow January 6th to be co-opted by such perversions. I think we must intentionally and diligently reclaim it. 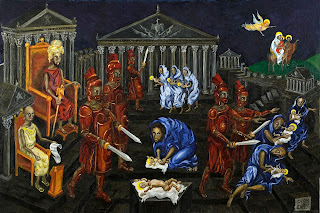 So what do we do? We reclaim January 6th as an epiphany, as a day of revealing God's love in Jesus. And we it with full admission that the meaning of the day is now co-opted and that is simply part of the story now. Remember those Magi? They were on a mission to bring gifts and blessings to the Christ child. But Herod, who they bumped into on the way after getting a little lost, was on a mission of destruction. He was planning a coup. Instead of the reign of God being inaugurated through this newborn king, he decided to use violence to try to keep himself in power. The church remembers this sad story on December 28 and calls it "The Slaughter of the Innocents" because Herod ordered the death of children 2 and under -- the same age of the child Jesus when the Magi showed up. 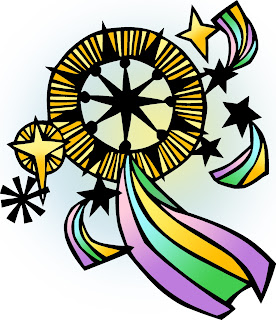 By the time the church gets to January 6 each year, we've already heard about the birth of the new king that challenges all claims of earthly power with divine love and mercy. And we've already heard that this new king is resisted with violent force by the ones who already hold power and are not at all ready to give it up. So, we kind of know what we're talking about. We know what we're doing in reclaiming January 6 because the story already includes insurrection and coup d'etat and violence. But it doesn't stay there.

The United States is at a fragile moment in its history of practicing democracy. January 6 will always be a reminder that we can lose it all if we don't sustain it daily. But January 6 is also for the church a day to see that light and blessing and gifts and awe survive massive resistance to God's ways. So that's what I think we should do: Live with light and blessing and gifts and awe January 6 and every day and point toward the shining star, the gentle rule of the one many will resist but none will topple.