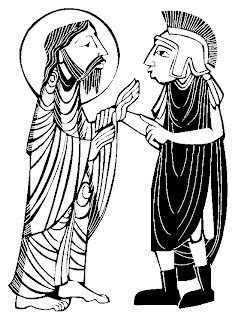 After Jesus had finished all his sayings in the hearing of the people, he entered Capernaum. A centurion there had a slave whom he valued highly, and who was ill and close to death. When he heard about Jesus, he sent some Jewish elders to him, asking him to come and heal his slave. When they came to Jesus, they appealed to him earnestly, saying, "He is worthy of having you do this for him, for he loves our people, and it is he who built our synagogue for us." And Jesus went with them, but when he was not far from the house, the centurion sent friends to say to him, "Lord, do not trouble yourself, for I am not worthy to have you come under my roof; therefore I did not presume to come to you. But only speak the word, and let my servant be healed. For I also am a man set under authority, with soldiers under me; and I say to one, 'Go,' and he goes, and to another, 'Come,' and he comes, and to my slave, 'Do this,' and the slave does it." When Jesus heard this he was amazed at him, and turning to the crowd that followed him, he said, "I tell you, not even in Israel have I found such faith." When those who had been sent returned to the house, they found the slave in good health.
- Luke 7:1-10

If someone said: dip a thin litmus strip into a beaker
full of a spinning alcohol distillation of you

To hell with it all: stand in the free wind and breathe in from
your diaphragm and let the whirl of oxygen redden your blood 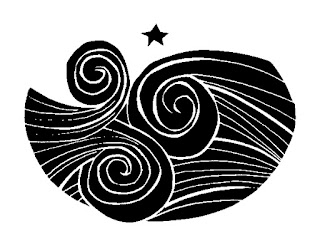 not that it is hidden in a wartime cipher
but it is the peace of this tacit knowing
Labels: doctrine, God, mystery, tacit, theology, trinity

God Stuck Her Tongue Out 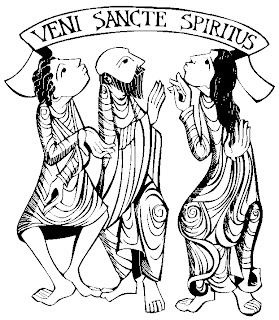 God stuck her tongue out at the church
and we grabbed hold of the budded thing
and started flapping it around the neighborhood
like a swimming pool noodle or downy pillow
and before we knew it we were speaking things
we never bothered to dream or wonder
held our tight lips taught when we ever felt them
and yet there they were waggling out:

welcome, stranger, into the fold of mercy
now you are called brother, sister, friend

gather round, immigrants, we speak your language,
no one will shun your accent or poverty here

dance your way through the door, lost ones
and teach us your wild moves and we will teach ours

make room, settled ones, for the wave is surging
and it will unsettle your closed-mouth silence

nothing, not even our provincial proclivities
can stop these mouths from sputtering
words of grace that blow open any door
any wall any blue law Sunday limitations
on what Spirit can do when set free to
tousle the world’s hair
until love has swept us all away
Labels: Acts, Acts 2:1-21, church, love, mercy, Pentecost, spirit

4 comments:
Email ThisBlogThis!Share to TwitterShare to FacebookShare to Pinterest 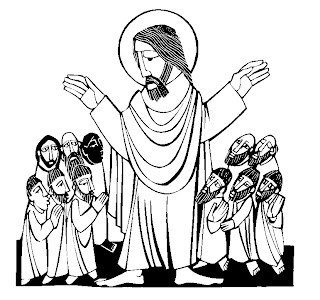 this unity you pray for is it
a lock-step compliance, an orthodoxy
the twentieth century hegemonic earthquake

or is it a complex of color differentiated
a polyrhythmic dance, a tango
of entanglement and then release

collect us all in your manifold arms
and let us be just what we are and
find unity only in your love which is you
Labels: complex, diversity, Easter 7 C, John 17:20-26, unity

Did You Dream Tonight 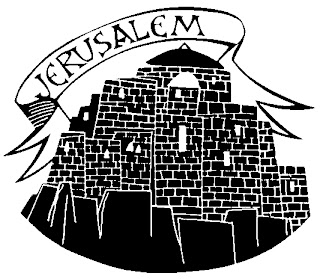 Or did you suckle on the milk of the soul
the new Jerusalem coming down a miasma
and lifting to unveil the community and canon song
and humble looks in another’s eye that says
we are in this together to stumble along
until we watch each other die and our grandchildren
bury us and remember us with gentle yearning
that we loved and we dreamed of love
and the reveries we had in the long nights of unknowing
were good and were always drawing us
toward God’s dream into which we shall all awake
Labels: community, dream, Easter 6 C, Jerusalem, Revelation, vision