Passion Readings: On Not Being the Crowd 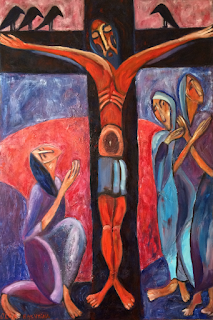 We are about to enter Holy Week, the deep and mysterious ritual process of living the story of Jesus’ servanthood, rejection, suffering, death, and resurrection. It is a week to find ourselves somehow (and often in ways we do not expect or control) renewed by Jesus. It is, in a short summary word often used to speak of such profound things in today’s clipped speech, everything.

Most churches will read the story of Jesus’ suffering and death, the Passion story as it is called, on Palm/Passion Sunday and/or Good Friday. This means there are two opportunities to hear the passion story. And this means, I fear, there are two opportunities to mis-hear and mess it up. I’m saying this because of a practice that developed in past decades to have the assembly join in the reading, speaking the parts of the crowd and all who are seeking Jesus’ death. The assembly is expected to say or shout, “Crucify him!” during the trial scene before Pilate, and join in all the other rabble rousing in the text. I may be in a minority on this, but I think this is the wrong way to read the text. It may also be damaging to a person’s faith.

I guess I should explain. You might be thinking, “But dude, didn’t Jesus’ followers join the crowd and reject him?” And I’d respond, “Seriously, you’re calling me dude? But anyway, the answer is no.” It is true that Jesus’ disciples failed him in several ways. Judas betrayed him. Peter denied him. The rest ran away from him in fear once things got dangerous. But nowhere do we hear of Jesus’ disciples shouting, “Crucify him!” or wanting any such thing to happen. In fact, as we know throughout the Gospels, the disciples wanted anything but this to happen, because it was too hard to understand and accept. 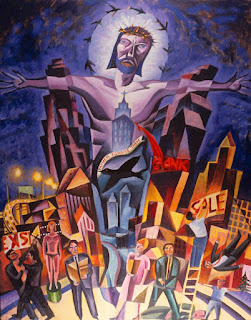 It is my sense that when reading the Gospels, we are meant to identify in some way with the disciples. I think we are also meant to identify in some way with Jesus, but that is a trickier thing. But when Judas betrays Jesus for personal gain, or out of a delusional belief that he his helping the greater cause, we might find something of ourselves in him. Even more, when Peter denies he knows Jesus because it will put him in certain and immediate danger, we can surely find a connection to his struggle. When the other disciples, men and women, flee in fear and abandon Jesus, we can certainly see ourselves in their deep anxiety.

Nowhere, however, are we meant to identify with the crowd, or the religious leaders, or the other power brokers in the story who want Jesus crucified so they can clean up this little mess he caused and move on with their complicity in the Roman Empire’s domination game. The issue that the death of Jesus raises for his followers, and for those who hear this story wanting to be or wondering if they are his followers, is whether we are willing to die with Jesus. The issue is not that we want Jesus killed.

I suspect this practice of calling for Jesus’ death flows from a piety and theology based on guilt and substitutionary atonement. I also suspect it is the residue of centuries of passion stories read as anti-Jewish tales placing blame on the crowd, i.e. Jews. But to read the text with the assembly joining in those who cry out for Jesus death is not to be faithful to the text. We should stop it. There are more important issues to address in us that this sacred story is trying to touch. 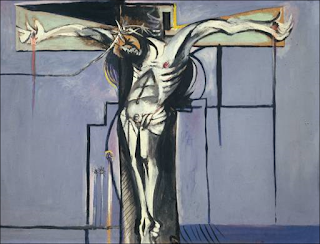 The issue to ponder deeply in ourselves during Holy Week is not how we are guilty for Jesus’ death, assuming that somehow acting that out should make us feel awful and then make us feel better that Jesus’ got raised from the dead anyway. The issue to ponder is why we are so fearful that we will not follow Jesus in the way of the cross. To identify with the disciples in the passion story is to name ourselves as followers of Jesus, name ourselves as chosen ones of Jesus loved and forgiven. It is also to name ourselves as fearful ones for whom the way of Jesus, the way of self-giving love that leads to the cross in one form or another, is just too hard for us to do, especially when it means confronting injustice and domination in our world. 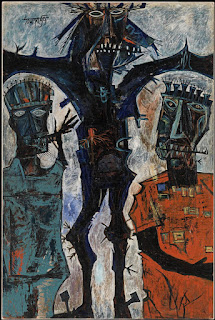 Isn’t the whole call of Jesus to his disciples about not going along with the crowd, and following him instead in God’s way of merciful love? Then why become the crowd in the passion story? Be the disciples. Experience fear and doubt. Run away if you must. And then be in awe of the one who did not run in fear, who loved to the end, who trusted God deeply even in abandonment. Because then, after running away and denying, we could find ourselves pulled back into the story, back into a life of following Jesus, not by our own efforts, but by Jesus himself, whose life, death, and resurrection are, in a word, everything.