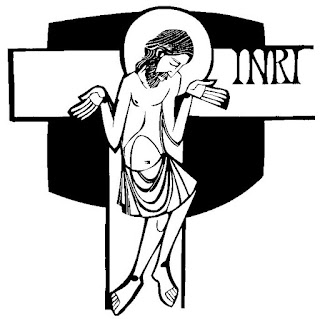 Here’s tough and tricky question for you:
Who is your president?
Emotions are running strong in this post-election moment.
Many are tempted to speak and tweet #notmypresident.
It happened with Obama, it’s happening now with Trump.
The problem is, in a democratic system
we agree that whoever wins the election
is president for all of us,
not just those who voted for him or her.
And when we say they are our president
we say we have the right to hold them accountable
and to make sure they are being president for everyone.

It’s a bit different in the Bible, though.
We hear Jeremiah speaking about the king of Judah,
who was a puppet king put in place by Nebuchadnezzar
after Judah conquered and many deported to Babylon.
The days are surely coming, says the Lord,
when I will raise up for David a righteous Branch,
and he shall reign as king and deal wisely,
and shall execute justice and righteousness in the land.
In his days Judah will be saved and Israel will live in safety.
And this is the name by which he will be called:
“The Lord is our righteousness.”

There’s a subtle trick going on in the text,
which is only seen in the Hebrew.
The puppet king put in place by Nebuchadnezzar
at the time Jeremiah was writing
was named Zedekiah, which means
The Lord is righteousness.
But in Jeremiah’s prophetic speech,
he says God will put in place our true king
and his name will be Zedakanu: The Lord is our righteousness.
Jeremiah says the king will not be Zedekiah, Zedekiah is #NotMyKing,
but Zedakenu,
a verbal jab at Nebuchadnezzar’s terrible rule over Judah.

Christianity has always been a political faith.
Not in the sense of putting our ultimate trust in one party,
or leader, or philosophy of government,
or economic system.
Christianity has always been political
because we make a confession
of who our true Lord, King, ruler, authority, governor, president is:
Jesus is Lord!
This is what always what got early Christians into trouble.
They confessed it loudly and boldly in public:
Jesus is Caesar! Jesus is emperor!
Jesus is president! and no one else.
Any other authority is secondary at best,
is #NotMyKing,
and does not ever override the authority
of God’s reign in our lives through Christ Jesus.

The key thing to understand in this radical Christian claim is
what kind of ruler, king, president is Jesus?
It might surprising that our Gospel text for Christ the King Sunday
is the story of Jesus’ crucifixion in Luke,
but Luke says something incredibly important here.
Everyone is shouting to Jesus: Save yourself!
Everyone wants Jesus to use his power to save himself,
either to prove who he is,
or so they could get something out of it along with Jesus.

And what becomes clear by the end of the story is
Jesus refuses to save himself.
Jesus refuses to save himself
because that is the problem with this whole human mess,
people constantly trying to save themselves,
to use what they have to protect only themselves,
to make life work out for a small vision about us only
and nothing larger like the vision of God’s kingdom.

Here’s what is so powerful about this text:
Jesus saves us by not saving himself,
by reigning in the world through powerlessness,
by confronting human institutional power
with the power of God’s love which always looks foolish
in the capitals of power,
but always reveals divine love
for those open to seeing it.

All of God’s reign is revealed in the cross of Christ,
not when we look up,
like we do at tall capitols and skyscrapers
and football stadiums, and cathedrals
but when we look down,
not when we pursue power, but when we serve,
not when we try to fix everything to go our way,
but when we show compassion
for those whom the world does not go their way,
not when we win,
but when we gather with all the losers
who know God is their hope.
One of the ways we show this in the church
is in the ritual of bowing at the cross.
We bow at the cross when it processes by
or when we enter the sacred worship space,
because we honor him who reigns from down low,
not from on high.
We lift him up visually and prominently among us
so that his lowliness can be fully seen,
not so he can rule over others like a despot,
but so his reign of compassion can be proclaimed.
We lift him up,
not because he reigns from on high,
but because he reigns from down low,
where the poor and suffering are,
where we are when we give up lifting up ourselves.

The questions and struggles for the church are always:
Does it matter if we believe this and live it out?
How do we live it out in our world
that worships human power and domination?
It is a struggle the church has not always been faithful to.
History is filled with the church’s failure
to praise Jesus as Lord and king.

Dietrich Bonhoeffer is the well-known Lutheran pastor
who lived in Germany
during the rise of Hitler and National Socialism.
He spoke against the church of his time,
the church we would call the Lutheran Church,
which they call the Evangelical Church,
but started to call the German Church,
a church of nationalism for Germans only.

Christianity stands or falls
with its revolutionary protest against violence,
arbitrariness, and pride of power,
and with its plea for the weak.
Christians are doing too little to make these points clear
rather than too much.
Christendom adjusts itself far too easily
to the worship of power.
Christians should give more offense,
shock the world far more,
than they are doing now.
Christians should take a stronger stand in favor of the weak,
rather than considering first the possible right of the strong.

The movie 42 tells the story of Jackie Robinson
breaking the color barrier in major league baseball.
There’s a scene in the movie when the owner of the Brooklyn Dodgers
is interviewing Robinson to decide if he wants to sign him.
At one point in the interview, Jackie asks the owner,
“You want a player who doesn’t have the guts to fight back?”
“No, I want a player with the guts not to fight back.”

The church living in times of injustice and empires
that work against the kingdom of God,
still follows the way of Jesus,
We don’t fight back, we love back,
even when that love looks like a fight for justice.

In 2004 Victor Yushchenko ran for the presidency of the Ukraine.
He was opposed by the ruling party.
They poisoned him and nearly killed him.
But he still ran for president.

On the day of the election Yushchenko was in the lead.
But the ruling party tampered with the results.
The state-run television station reported:
“ladies and gentlemen, we announce that the challenger
Victor Yushchenko has been decisively defeated.”

In the lower right-hand corner of the screen
a woman by the name of Natalia Dmitruk
was providing a translation service for the deaf community.
As the news presenter repeated the lies of the regime,
Natalia Dmitruk refused to translate them.
Instead, she signed:
“I’m addressing all the deaf citizens of Ukraine.
They are lying and I’m ashamed to translate those lies.
Yushchenko is our president.”

The deaf community moved into action.
They texted their friends about the fraudulent result.
A movement spread.
Within weeks, the Orange Revolution was underway,
and by the end of it, Yushchenko was president.

The cross is our sign language.
At times only we can understand it.
Jesus is Lord. Jesus is king. Jesus is president.
The church speaks and acts in ways that make his gentle rule
all the more visible in the world today.

How will we follow him today?
How will his reign override all the other powers for us?
We have to figure that out today in new ways.
But it will surely look like Jesus on the cross,
the one we lift up,
because he reigns from down low,
with mercy, where the poor and suffering are,
and where we are when we give up trying to save ourselves.