Keep Alert! Stay Awake! There Is No New Normal 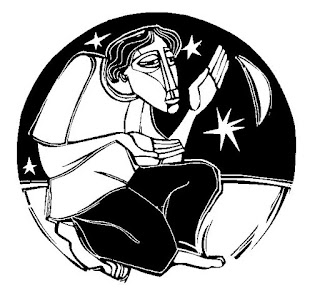 In the weeks following the presidential election of 2016, the election of Donald Trump to the most powerful office in the world, something odd and unsettling started to happen. After eighteen months of a campaign that stoked fears of Muslims, Mexicans, and Syrian refugees; after insults and intimations of sexual abuse hurled at women; after demeaning comments made about prisoners of war, soldiers killed in battle and their grieving families; and following a reaction to all of this by the press and the public of protest, outrage, anger, and fear… unbelievably, it all started to be forgotten or ignored. The most petulant and demagogic presidential candidate in modern American politics won, and so people began to accept it all as some new normal for American life.

This is a frightful loss of a moral conscience in our society. It would be one thing to overlook the immature, hateful, and jingoistic statements of a television celebrity who magnified his ego and popularity via a reality television show. He could carry on publicly damaged, perhaps as some diminished, B-list celebrity showing up on Dancing with the Stars, or as a Comedy Central roast insult comic. We could live with it. We could live with it because we could ignore it with little consequence. But this is the president-elect of the United States of America, the man about to assume an office with great power, influence, and import. To let go of all the words, threats, insults, and frightening policy promises all in the name of acceptance of an election, all because he won, is to lose all claim to being a society of any kind of goodness or righteousness.

In the thirteenth chapter of the Gospel of Mark, we hear what is often called a “little apocalypse.” It’s a stirring text calling the readers of Mark to faithfulness in a time of fear, in the face of a powerful empire attempting to shape the narrative of their lives. Of course, the narrative they were struggling to live was the story of Jesus, the one sent to bring about God’s kingdom of righteousness and justice through humility, powerlessness, and exposure of the empire for all its folly and evil. The power of the Roman empire was great and awful. It was the power to overwhelm one’s faith, hope, and memory with a grand, frightful, and strangely alluring hegemony.

I imagine that in the time of Mark’s Gospel being written, around 70 AD and the destruction of the Jewish Temple in Jerusalem by the Romans, Jews and Christians were faced with a great temptation: accept this awful reality as the new normal. Give in to the amoral shift happening because it is inevitable and unchangeable. Forget all the great hopes and dreams you had about God shaping a world of love, justice, and mercy. Political, religious, and military power has rendered all that impotent. Take some pills and just let it be.

In that kind of setting, Jesus says in Mark’s Gospel:

But about that day or hour no one knows, neither the angels in heaven, nor the Son, but only the Father. Beware, keep alert; for you do not know when the time will come. It is like a man going on a journey, when he leaves home and puts his servants in charge, each with his work, and commands the doorkeeper to be on the watch. Therefore, keep awake—for you do not know when the master of the house will come, in the evening, or at midnight, or at cockcrow, or at dawn, or else he may find you asleep when he comes suddenly. And what I say to you I say to all: Keep awake. (Mark 13:32 – 37)

In the face of great and dreadful power, Jesus-followers were called to persistence and resistance. They were called to beware, keep alert, stay awake. Those warnings and encouragements are all about not remaking what was happening into a new normal, not accepting what was happening but working against it and working for something far better. And perhaps most important, not letting the ugliness of the empire crush the faith and hope of the people who claim Jesus and his love, his way, his death and resurrection, as the only power and empire that matters.

Nothing could be more relevant in this moment. Beware! Keep alert! Stay awake! Beware – the forces of hate that have been stirred up are dangerous and cannot be met with silence. Keep alert – the rhetoric of fear mongering is dangerous and must still be resisted. Stay awake – it is all too easy to fall asleep now and hope this is all a bad dream. It isn’t. It is real. Faith matters now more than ever.

There is no new normal of racism, xenophobia, and misogyny that can be accepted or acquiesced to simply because we have grown tired of resisting it, and the one who spouted it all is now about to become president. There is no new normal just because television news and written journalism have stopped pushing back as hard. There is no new normal for those who live by faith, who are wary, alert, and awake to what is going on. For those who put their faith in God and the kingdom coming through Christ Jesus, there is not a new normal, but a new wonderful. And it is not so far from us, and may be arriving through our witness and our actions of love, justice, and mercy.