A Pastoral Letter after the Election of Donald Trump 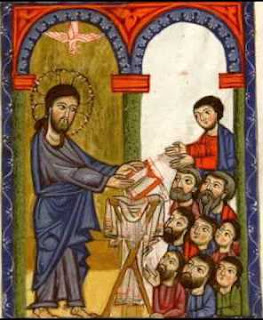 Dear brothers and sisters in Christ at First English Lutheran Church and all who belong to the body of Christ,

Grace and peace to you in the name of Jesus, our brother and Lord, the man of peace, the incarnation of God's love for all.

The election of Donald Trump as the 45th president of the United States may strike each of us in different ways. Some of you may have voted for him and are pleased. You may feel that the brokenness of our politics and economy now have a chance to be mended and work better for those who have been left out. Let us hope, pray, and work together for those good ends.

Others may have voted for Hillary Clinton and are disappointed, and possibly quite upset. You may feel that this loss is a shock, and is a significant shift away from your hopes of forming a nation where more and more people have full participation in society with mutual respect and rights ensured. Let us hope, pray, and work together for those good ends still.

In the Gospel of Luke, Jesus gave something like an inaugural address at the very beginning of his ministry and his earthly reign as the prince of peace and the embodiment of divine mercy. The text goes like this (Luke 4:16-21):

16 When he came to Nazareth, where he had been brought up, he went to the synagogue on the sabbath day, as was his custom. He stood up to read, 17 and the scroll of the prophet Isaiah was given to him. He unrolled the scroll and found the place where it was written:


18 “The Spirit of the Lord is upon me,
because he has anointed me
to bring good news to the poor.
He has sent me to proclaim release to the captives
and recovery of sight to the blind,
to let the oppressed go free,
19 to proclaim the year of the Lord’s favor.”
20 And he rolled up the scroll, gave it back to the attendant, and sat down. The eyes of all in the synagogue were fixed on him. 21 Then he began to say to them, “Today this scripture has been fulfilled in your hearing.”

I am aware that at this moment, many are responding to the election with anxiety and fear. I am thinking specifically about:
There are more I could list. Whether you are supportive of the election results or opposed, we can all keep in mind that many people will now live with legitimate fear and anxiety about their well-being and their families' futures.

The beginning of Jesus' public life laid out a vision and a hope that we need to hear now. It is one of care for the poor, the oppressed, and the hurting. It is a message of liberation and release. It is a deep trust in the work of the Spirit to bring about what no human institution can bring about: The kingdom of God's reign of love and mercy for all.

We are a people called to a life of loving our neighbors, caring for the least, working for a world of justice with mercy, and most of all, placing all our trust in one who created us out of love and called us to be love in a world longing for and fighting against God's love. It's a hard calling, one symbolized by the cross of Jesus, one known throughout history in the lives of humble servants and the blood of martyrs.

Beloved, no matter how you voted, this is how we must live together: loving our neighbors, caring for the least, working for a world of justice with mercy, and placing our trust in God alone. Our call is the same now as it was yesterday, though for some of us, it may feel more urgent and daunting. So be it. We follow Christ Jesus, who lived the costly love of God in all its fullness no matter the cost, who died for that love to be revealed through powerlessness and humility, and who rose to be the great, divine "yes" to all of this world's "no" to God's reign.

Work with me, brothers and sisters, in being the people of light and love, now more than ever. We do not do this work alone. We have the Spirit of the Lord upon us through baptism and grace, and the presence of the risen Lord Jesus, who walks this stumbling path with us all the way to the end. And the end is not your worst fear, but your greatest hope, and something even greater than that.

Peace to all in Christ.