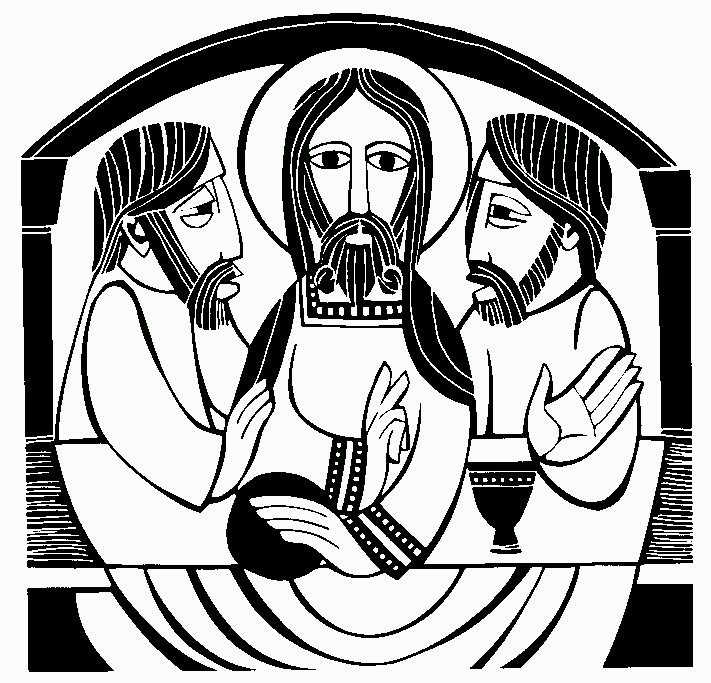 As they came near the village to which they were going, he walked ahead as if he were going on. But they urged him strongly, saying, "Stay with us, because it is almost evening and the day is now nearly over." So he went in to stay with them. When he was at the table with them, he took bread, blessed and broke it, and gave it to them. Then their eyes were opened, and they recognized him; and he vanished from their sight. They said to each other, "Were not our hearts burning within us while he was talking to us on the road, while he was opening the scriptures to us?" That same hour they got up and returned to Jerusalem; and they found the eleven and their companions gathered together. They were saying, "The Lord has risen indeed, and he has appeared to Simon!" Then they told what had happened on the road, and how he had been made known to them in the breaking of the bread.
- Luke 24:28-35

not just here and now, never settled or fixed in rubrics
we would incant and enact in a Mobius movement nowhere

but like you, always rising and walking on and out hungry
for the next meal where strangers become divine companions

can be new, can sliver some reflection of your light
can spin and orbit and elate into full glow and aura