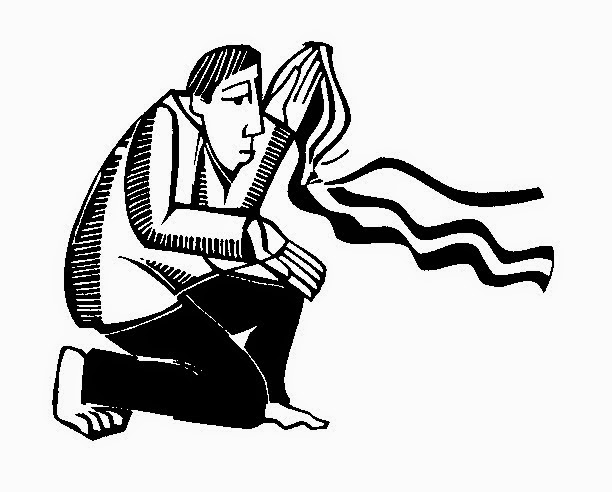 Then Paul stood in front of the Areopagus and said, "Athenians, I see how extremely religious you are in every way. For as I went through the city and looked carefully at the objects of your worship, I found among them an altar with the inscription, 'To an unknown god.' What therefore you worship as unknown, this I proclaim to you. The God who made the world and everything in it, he who is Lord of heaven and earth, does not live in shrines made by human hands, nor is he served by human hands, as though he needed anything, since he himself gives to all mortals life and breath and all things. From one ancestor he made all nations to inhabit the whole earth, and he allotted the times of their existence and the boundaries of the places where they would live, so that they would search for God and perhaps grope for him and find him — though indeed he is not far from each one of us. For 'In him we live and move and have our being'; as even some of your own poets have said,
'For we too are his offspring.' - Acts 17:22-28

There is amid the known and the unknown numinous
another who is neither and the same, both more and less
named and unnamed, present and inside of presence
a this and a that for which we grope and never grasp

Kyrie and Gloria call and more than echo answers
it is not the squeezing of the mystery in our arms
that gives this holy life pleasure and purpose but the
feeling of it eternally slipping like silk through our fingers
Labels: Acts Acts 17:22-31 Easter 6 A God humility mystery paul theology