Unbearable Lightness of Myself 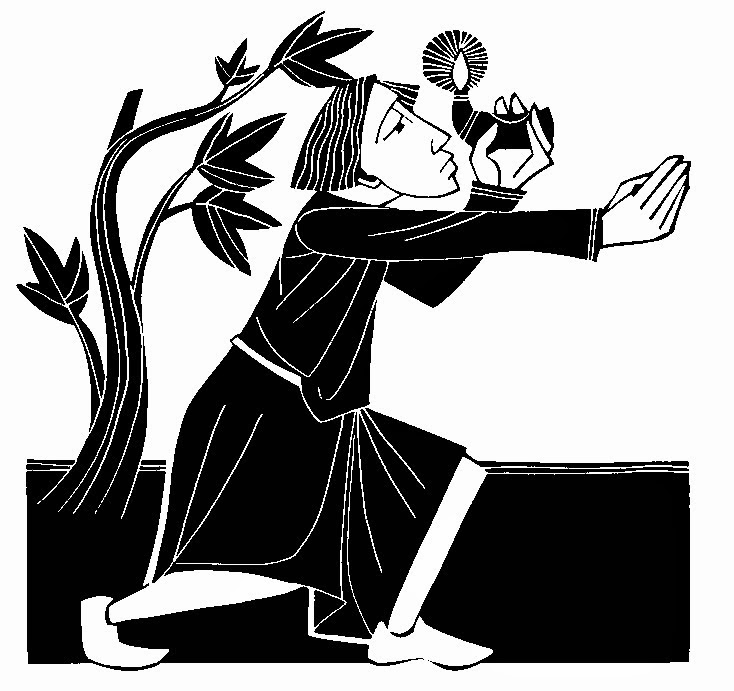 And now the LORD says,

who formed me in the womb to be his servant,
to bring Jacob back to him,
and that Israel might be gathered to him,
for I am honored in the sight of the LORD,
and my God has become my strength —

he says,
"It is too light a thing that you should be my servant
to raise up the tribes of Jacob
and to restore the survivors of Israel;
I will give you as a light to the nations,
that my salvation may reach to the end of the earth."

Thus says the LORD,
the Redeemer of Israel and his Holy One,
to one deeply despised, abhorred by the nations,
the slave of rulers,
"Kings shall see and stand up,
princes, and they shall prostrate themselves,
because of the LORD, who is faithful,
the Holy One of Israel, who has chosen you."
- Isaiah 49:5-7

He walked into the church office with laptop and lunch bag
set the coffee mug on the desk that held up his Bible
and Scotch tape and notes from phone calls never returned
he updated his status about the traffic, the stale scone
the rude service and the splinter thumb-stuck for three days
he Tweeted and emailed until his fingers floated off the home keys
then he felt his hair begin to lift like static electricity from balloons
his feet rose from the blue carpet his whole body felt
as if it would soon press against the ceiling fan and hot lights
his whole life a series of sneaked Wonka Fizzy Lifting Drinks
leaving him too light, lacking substance, the atmosphere somehow
more dense than his fattened body and eventually he would float
off to the cirrostratus clouds and disappear beyond the exosphere
and Neptune and unnamed constellations and the event horizon
he would evaporate from memory not even his dog would miss him
and then the phone rings and the girl with the unexpected pregnancy
and the ninety-eight year old woman dying alone and the light bulbs
need replacing before the hungry come to shop the pantry shelves
and the assembling again in the sanctuary where life once more
becomes humble and heavy enough to be gathered before God
and have the weight that holiness requires for there to be visible glory
the thick abiding presence that holds us beloved on the sun-lit earth

Labels: Epiphany 2 A Isaiah Isaiah 49:1-7 Lectionary 2 A light self universal