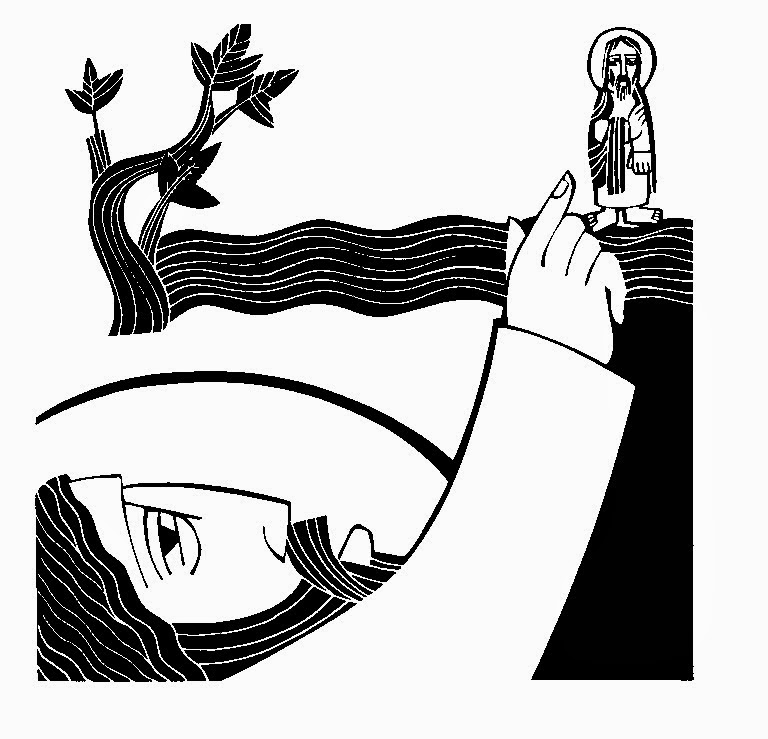 Behold, the Lamb of God who takes away the sin of the world!
But, to be painfully obvious,
there’s still plenty of sin in the world.
Wars go on endlessly and young minds are scarred for life.
Poverty for many is growing,
and extreme wealth for very is growing exponentially faster.
We divide ourselves up along ideological lines
and decide we don’t like to play with the kids
on the other side of the street anymore.
And on the holiday of remembering Martin Luther King, Jr.,
we have to say that issues of racism and injustice
still keep us from the dream.

When we hear or sing Lamb of God
we tend to hear it as a sacrifice for sin.
We have inherited centuries of tradition that say
Jesus’ death on the cross somehow appeases
God’s requirements for payment or punishment
or restoring God’s honor or something like that.
There are many problems with this kind of God-talk.
First, it tends to create a lot of problems about violence,
and it makes belief in a God of love and mercy a struggle.
But more important for us today,
this isn’t what John’s Gospel means by Lamb of God.
John’s Gospel does many things that are unique in the New Testament.
One of them is to call Jesus Lamb of God.
The other is to have Jesus die on a different day than the Passover.
That’s right.  In Matthew, Mark, and Luke
Jesus dies on the Passover.
His last supper the night before, when Passover started,
was a Passover meal.
But this is not how John tells it.
John says that Jesus was crucified the day before Passover,
the day of preparation for the Passover.
Now, if you wanted to celebrate a wonderful, traditional Passover
you had a lot of work to do on the day of preparation.
You had to clean the house.
You had to make unleavened bread.
And, oh yeah, you had to slaughter a lamb
in order to eat the Passover supper.
When Jesus is crucified in John’s Gospel
he dies just as thousands of Passover lambs
are being slaughtered to celebrate the Passover meal.

So, now that we know what Lamb of God means,
we have to wonder how he takes away the sin of the world.
In John’s Gospel,
sin is the human inability to see and trust God
as the source of life and light and love.
Sin is making ourselves our only concern.
Sin is expressed in the inability to love neighbor
and the capacity for people to create vast systems of injustice.
So how does the Lamb of God take it away?
Well, a literal translation of that phrase,
which is only found here in all of Scripture,
is something like:  the Lamb of God who takes up the sin of the world.
Again, something unique in John’s Gospel
is that people are liberated when they see God at work
when Jesus is lifted up on the cross.
So when Jesus is crucified and dies as a Passover Lamb,
he is lifting up the sin of the world.
The cross was Rome’s power to crush opposition,
to end any other way of living in the world
than the Roman way of violence and greed
and control and oppression.
Jesus, who lived a life of love and mercy,
was rejected by the Roman empire.
Jesus, who embodied God’s love for all the world,
was rejected by the powers of the world.
Jesus, who brought light into the darkness,
was rejected by the darkness.
But, once Jesus was lifted up on the cross,
the sin of the world is so exposed,
so obvious, so glaringly awful,
that anyone who sees it for what it is
can never be captured by Rome or Egypt
or any other alternative universe
than the universe of God’s undying love.
In the death of the passover Lamb Jesus,
people experience an exodus
from life under deadly human powers
to life under God’s life-giving power.

There.  That’s my little excursus on the Lamb of God
who takes away the sin of the world.
By crucifying Jesus,
all the human sin of the world is exposed for what it is,
so it no longer has the same power over us.
And anyone willing to see God in Jesus
and see God especially in the crucifixion of Jesus
will be set free from the sin of the world
and live instead in God’s world.
A world of love and mercy.
A world of justice and peace.
A world where God is known and trusted as the source
of all life and light and love.

As we celebrate Martin Luther King, Jr. day,
we can think of what happened
in those difficult and transformational years in a similar way:
King, and many others,
lifted up the sin of the world so that it could not be avoided,
it had to be seen and dealt with,
and it became so obvious and awful,
that never again could it have the same power.
Never again could systems of racial injustice
simply be accepted as the way the world is.
We know from King and others that this lifting up is a costly thing,
and the cross is our constant witness to this.
By embodying and witnessing to the love of God for all,
King and so many other people of great faith
have shown us the alternative world:
a world of God’s love and mercy
a world that is so much more beautiful and wonderful
that we won’t settle for the old world anymore.

Now don’t get me wrong.
The world is still full of sin.
The world is still full of racism and prejudice
and greed and oppression and economic disparity.
The world is still a scary place sometimes,
and we still are tempted to live for ourselves only
and run and hide from all the threatens us.
But gathering together as we do
at the foot of the cross, week after week,
in the presence of the Lamb who was slain,
we can never fully give ourselves to those powers.
We are continually drawn away from living for ourselves only,
drawn back, drawn up to God,
to trust in the mercy and love of God above all else.
As the people of the good news of God in Christ,
we live in the world empowered by the Spirit
to enact God’s love and mercy where ever we can.

Dr. King said many wonderful things
about how people of faith live in the world of sin
without letting it be our way of living in the world.
Two quotes caught my attention this week:

“Love is the only force capable of transforming an enemy into friend.”

We gather together in the truth and honesty and mercy of God.
We gather where we don’t hide from the sin of the world
even when we participate in it.
We gather where the sin of the world is lifted up
and it is all too plain and awful to be accepted as our way.
We gather in the power of the Spirit
who renews us to be people of light and love and life
even when it is difficult and costly to do so.
We gather with the Lamb of God, who has mercy on us,
and even in our crazy, warring, sinful world,
grants us peace.