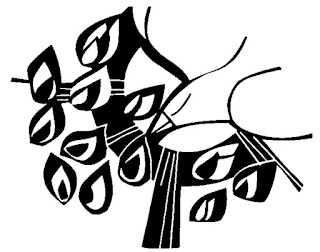 Sermon for Day of Pentecost
May 27, 2012
Michael Coffey

Jesus came and embodied God’s costly love.
He died for it.
God raised him up to say yes to it.
And before Jesus disappeared
from the story, he said:  Now you do it.
The disciples wished otherwise.
They wished that in his living, loving, and dying
Jesus had done it all,
and the only thing left was to enjoy the benefits.
They wanted to be like wealthy heirs
that got the inheritance and could lie back  in leisure.
But Jesus said, in so many words: I got it started.  Now you do it.

The response from the church,
whether in its infancy or today,
to the challenge of Jesus to follow him,
to do the ministry of God’s kingdom today and here,
the response is usually:  We can’t.  We don’t have what it takes.
Typically, what we do in the church,
is take stock of what we’ve got,
take as given the way things are,
and then figure out what we can do with it.
We’ve got this building,
and this amount of money in the bank.
We’ve got some folks who like to do this,
and some like to do that.
We’ve got some free time on the 3rd Saturday in June.
And then we make the most or least out of it all.
What we keep doing when we hear in the story of Jesus
I did it. Now you do it.
is we keep defining the mission of the church
by the structures and resources we currently have.
Which is to say,
we keep defining the mission of the church
by our limits and our lack of faith.

So there they were, those early disciples.
They saw the whole Jesus story in person, in 3D.
From his inspiring teaching of God’s love,
to his deeds of power that enacted it;
from his mercy for those left out of the community,
to his loving challenge to those who assumed they were in,
Jesus embodied the costly love of God.
He died for it, and God raised him up to say yes to it.
Then he was no longer with them,
just the words of his story,
and the promise of something new.
For a short while,
they must have felt impotent and lost.
They did a Time and Talents sheet,
and it didn’t add up to much.
They wondered why Jesus had given them such a great mission
and left them with so few innate abilities.
And then came the loud rush,
the roaring wind,
the movement of the mysterious Presence,
the power of the divine swooping into their lives.
Then they realized:
Jesus didn’t just leave them with an impossible mission.
He sent them the power and the means to do it.
They didn’t have to redefine the mission of the church
based on their current limits and structures.
They had to redefine their lives and their community
based on the great adventure Jesus had called them to.

The mission was clearly bigger than building buildings
creating curriculum and hymn books
and adopting Robert’s Rules of Order as their parliamentary procedure.
The mission was to bring the good news of God
to all peoples and create a vast, diverse, multi-ethnic,
multi-languaged community
so that the whole world could find peace beyond difference,
community beyond nationality,
unity beyond mother tongue,
forgiveness beyond long-held grudges.
The mission was far bigger than they even dared to dream.
It was nothing short of God’s plan to heal the human community
and gather it into one, diverse new reality.
When they looked at their bank accounts
and their church constitution
and consulted their confessional documents
and tallied up the building improvements needed,
and looked to their tired pastor,
they just threw up their hands
and dumbed down their dreams.

But the Spirit did its thing.
Yes, the energy of God for the mission swooped in
with its mysterious force and indescribable influence.
This community of low expectations
became the living experiment of God’s dream:
All peoples united in their diversity
into one peaceful community.

Now, try telling that to your church council
or your synodical structures,
or your churchwide headquarters,
or your pastors and leaders.
And the response we invariably get and give is:
That’s too dreamy.  We can’t do that.
We don’t have the resources.

Pentecost, my fiery faithful friends,
is the promise that when Jesus says: Now you do it.
that he sends the power and the tools we need to do it.
The Holy Spirit is our authority
to dream the dream again
and trust that when we give ourselves to it
the words and the tools and the energy we need are given.
It is the gift of knowing that
we are on an adventure with God that we cannot do on our own,
so we can stop adding up our limited funds
and let go of our restrictive structures,
and ignore out feelings of inadequacy.
The church lives by faith in the Spirit’s power
to work through us for the sake of God’s dream
begun and ratified in Jesus’ life, death, and resurrection.

The central issue in the story from Acts
is that the church be able to bring the good news of God
to all peoples, so that language no longer is a barrier.
It isn’t about teaching everyone to speak the same language.
It is about the diversity of human language
becoming a gift rather than a burden,
and a source of joy rather than a cause of distress.
Maybe no other issue from the early church story is so pertinent for us
than the issue of language barriers becoming language blessings.
We are moving more and more toward a society
where at least two languages will be commonplace,
rather than one.
There’s a lot of fear and anxiety among us
about living in a society of increasing diversity.
There’s a push by some to wipe away diversity
by forcing uniformity.
But the church is a multi-lingual, many-tongued,
united in diversity community.
We can be part of God’s transforming work in the world
by celebrating and expressing our joy in the church’s
vast diversity that is necessary for God to be known.

We might end up in a strange place as First English Lutheran Church, you know.
We were formed by some forward thinking 2nd 3rd generation Lutherans
who realized that in order to be church in the United States,
they needed to move beyond the ethnic identities and languages
from the homeland.
What a bold, progressive move it was.
So we became the first all-English speaking Lutheran congregation in Austin.
But what will it be when our cosmopolitan city and state and nation
are needing multiple languages to speak?
That same forward thinking might lead us to become
English and Spanish some day.
Maybe we become Primero Inglais?
And live out the irony joyfully and faithfully.

We heard one of my favorite Bible verses in the reading from Acts:
These are not drunk, as you suppose,
for it is only nine o'clock in the morning.
It love it because it makes me wonder:
Would people ever see such wild and free living in the church
that they would assume we are intoxicated on some spirit?
Or, do people just assume we are stone cold sober,
never doing anything very wild or unexpected,
always living by the limits we set on ourselves.

Everything we do should be designed to serve the mission,
but we are too often trying to define a mission
that suits our structures and traditions and current skillset.
So we tame it.  We compromise.
We become stone cold sober.
We stop drinking in the intoxicating Spirit of God in Christ.

As the church, we have been authorized by the gift of the Spirit
to dream again,
to look at the larger vision,
to trust in something bigger than ourselves,
to let go for a while of budgets and traditions and limits,
and see God’s hope again:
In Jesus, God has begun the work
of creating a peacefully diverse human community.
Perhaps we should not speak of mission,
which sounds so churchy that it limits us, too.
Perhaps we should speak of the dream and the adventure.
Living in the gift of the Spirit,
we can see that this poem is speaking of us:
We are the music makers,
And we are the dreamers of dreams,
Wandering by lone sea-breakers,
And sitting by desolate streams;—
World-losers and world-forsakers,
On whom the pale moon gleams:
Yet we are the movers and shakers
Of the world for ever, it seems.

Jesus said: You do it.
We respond: We can’t do it without you.
And Jesus grants his people the tools and the energy to do his work
by the gift of the Spirit.

After Jesus’ life, death, and resurrection,
the incarnation of costly divine love
can happen anywhere now
not just in the local, historical reality that was Jesus.