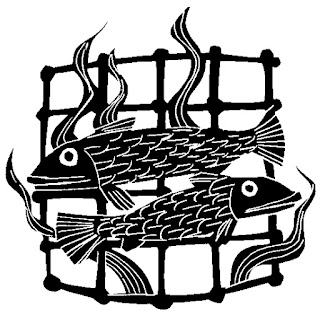 It’s an amazing thing in Luke:  Jesus’ resurrection appearances always involve him eating.  Apparently after 3 days in the tomb, he’s kinda hungry.  Not zombie monster flesh eating hungry (although the comparisons are hard to avoid these days, with The Walking Dead on television), but hungry to share a meal.  And a meal isn’t about just food.  It’s about companionship.  Jesus is hungry for companionship.

The text says that the disciples first couldn’t believe they were experiencing the risen, living Jesus because they thought they were seeing a ghost.  Nobody ever quite recognizes the risen Jesus as Jesus until something else happens.  When Jesus points out his crucifixion wounds, they see.  But then, the thought that he is risen is so joyful and amazing, they still can’t believe it.  Too scary.  Too wonderful.  Either way, it’s hard to accept.

The resurrected Jesus is a hungry Jesus.  He comes to feed us with his bread and wine, his street-corner fish tacos with chipotle sauce, his living, loving presence.  And then, he feeds us with his hunger, until we are hungry for the same things:  companionship, meals shared in community, a gathering of strangers and friends where everyone is fed and is so overjoyed they can hardly believe it, but so overjoyed they can hardly not.