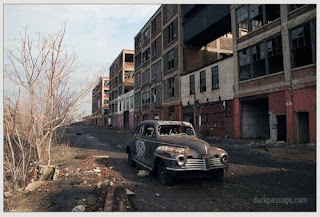 I saw an interview with political and entrepreneurial leaders of Detroit on MSNBC.  No American city has suffered the kind of downturn and decay as Detroit.  From a peak population of nearly 2 million in the 1950’s to well under a million today, the city has lost the economic and cultural vitality that once made it an American engine of ingenuity and creativity.  Now it is half-empty, shells of factories and homes fill the neighborhoods, and poverty and crime and limited options loom as they have for decades.

But these leaders see something happening in Detroit:  A completely new era in the making.  As buildings are torn down and empty spaces appear, there is new opportunity for creative rethinking of the American city.  Artists, business risk takers, creative thinkers, and hopeful dreamers are coming into Detroit’s central city and remaking the fabric of the city.  Strong, faithful, life-long residents are not abandoning hope, but looking at and embracing radical rebirth.  They are doing this, not because it is fun or easy or what anyone imagined or hoped for, but because there simply isn’t any other choice.

This strikes me as amazingly similar to the condition of the mainline church today. We are the Detroit of religions.  We have many empty or half-used buildings.  Our infrastructure is crumbling and becoming unbearably expensive.  We have settled into a time of decay with either denial or slow, sad, acceptance.  Like Detroit, many have written us off, and see the day when we will just close up the doors and walk away, leaving only an echo of what we were, like an old Motown song playing on an oldies station. 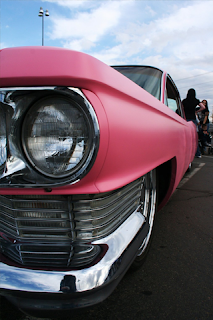 But, like Detroit, we have a group of crazy dreamers, faithful hangers on, newcomers with vision and artistic creativity, and leaders who are willing to risk it all for transformation.  Whether or not anyone believes it can actually happen, those Detroit dreamers are going to go for it.  It’s time we put our creative, energetic, crazy dreamer leaders up front in the church and let the necessary tear-downs and the joyful newness happen, because there simply isn’t any other choice.  But once we accept that reality, it's going to be a wild, adventurous ride down the freeway of love in a pink Cadillac.